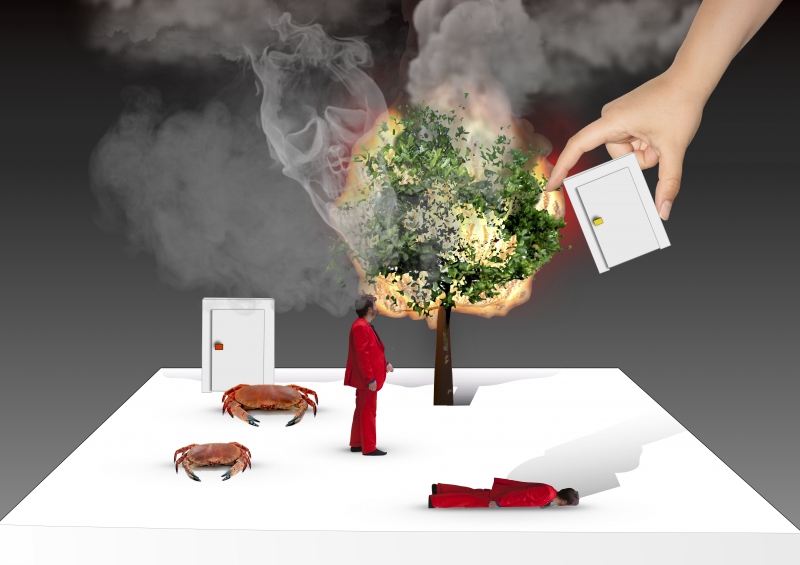 Don’t we deserve grand human projects that give us meaning?

R&F and F&R turn to space travel and science as a way to find meaning in the world and answers to life’s big questions (well, easier said than done). There are R&F and F&R. Several of them, actually. And they’re going to multiply. Exponentially. It may seem to be a contemporary art performance with a touch of humour, but when this over-the-top show will create bursts of laughter right before the astonishment sets in!

How do we approach humans’ universal desire to belong to a greater whole? R&F and F&R turn to space travel and science as a way to find meaning in the world (well, easier said than done). One of their sources of inspiration is Your Fathers, Where Are They? And the Prophets, Do They Live Forever? by Dave Eggers, in which the author tackles life’s big questions. Nothing too ambitious.

On a sleek white stage, R&F and F&R jump from fundamental discoveries to DIY and video. Backed by a soundtrack from Boris Zeebroek, the production also features a voiceover that lies somewhere between sport commentary, an explanation of metaphysics, and an instructional tape for a sleight-of-hand trick.

Other events in Paris