Length: 1 hour 30 minutes
Without an interval
Buy a ticket

How do you revisit Monteverdi’s music four centuries after it was written? Jérôme Correas, musical director of Les Paladins, and the artist Guillaume Marmin (the man behind Passengers, Biennale Némo’s travelling work), have partnered to create an astonishing shock to the senses, both visually and aurally.

The Baroque period begins with Claudio Monteverdi, in an era with parallels to our own: interconnections between the arts and sciences, together with major discoveries. Monteverdi reinvented musical language, giving rise to a decidedly modern body of work and one of the first operas: L’Orfeo. Jérôme Correas and Guillaume Marmin have revisited several of his pieces by transposing them to a hypnotic video installation—a drone’s eye view of our world and humanity. The asteroid (5063) Monteverdi is a fitting reference for the title of this hybrid performance in which classicism collides with technological innovation.

I was seeking to connect our contemporaneity with the classical repertoir

Videographer Guillaume Marmin thus chose a drone in his reinterpretation of the myth in five acts. The musical programme, which also includes excerpts from The Coronation of Poppea and Vespers of the Blessed Virgin, is performed alongside a film structured in long sequence shots of natural landscapes captured by the drone, a robotic modern-day Orpheus.

Monteverdi’s lyricism blends with the soundscapes of the video, while the lighting design synchronises the visual and auditory movements, immersing us in an enthralling space-time. 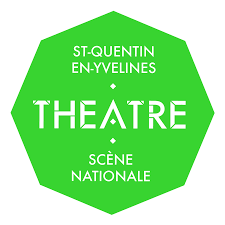