Among the subjects discussed: the aesthetics of the artificial, the descendants of Blade Runner, its influence on theatre, comics, cyberpunk, video games, cybernetics, urbanism, transhumanism… And of course, empathy, that invisible emotion that is increasingly difficult to discern, even though it is supposed to differentiate humans from androids.

2:30-3:00pm – The legacy of Blade Runner: the sources of inspiration for and cultural impact of Ridley Scott’s masterpiece

According to Philip K. Dick, it is not the job of sci-fi to predict the future. Yet Blade Runner foresaw with remarkable prescience the world in which we have been living for the past four decades. It would be more apt to describe Ridley Scott’s vision as retrofuturistic than futuristic. The director and his artistic team drew extensively from culture and history from around the globe to create their imaginary world, which bears an uncanny resemblance to our reality.
Speaker: Christopher Robinson

3:00-4:30pm – Hybridity: a study of the narrative and visual devices in the Blade Runner films

The Blade Runner films depict a world with a hybrid reality, where categories are fluid—an urban and architectural entanglement where cosmopolitanism reigns and characters’ biology is ambiguous. How do the visual devices enhance the narrative structure? How do they lend greater depth as an integral component of the tech-noir aesthetic and its underlying theme, investigation?
Speakers: Gilles Menegaldo, Donatien Aubert and Ismaël Joffroy Chandoutis

Sci-fi cities are often stifling megalopolises plagued by overpopulation, violence and pollution. Alain Musset sets off from Blade Runner’s Los Angeles to reveal the dark side of the cities of the future.
Speaker: Alain Musset

5:30-6:30pm – Dreaming the future: the political unconscious in science fiction

It would be too easy to reduce science fiction to an outlet for the imagination. Does it not serve other functions? Does a film like Blade Runner not demonstrate how the political unconscious bubbles up through the genre, raising concerns about the fate of the world and society?
Speakers: Christopher Robinson, Vincent Martigny, Yannick Rumpala et Sylvie Allouche

Their admiration for Philip K. Dick is the tie that binds them. Justine Emard, whose bees and algorithms are illuminating Halle Aubervielliers at CENTQUATRE-PARIS, will speak about replicants’ anatomy and her own work on anthropomorphic robotics. Ugo Bienvenu, author of cult hits Paiement accepté and Préférence Système, will unveil his newest graphic novel, Total. Julien Villa, author of Philip K. ou la fille aux cheveux noirs and director of its stage adaptation, will recount his lengthy residency in the United States on the trail of Philip K. Dick. Two hours before performing in concert (“ATOTAL”), Antoine Schmitt will tell us about Dick’s influence on his own work. Finally
Speakers: Justine Emard, Ugo Bienvenu, Julien Villa, Antoine Schmitt and Gilles Alvarez 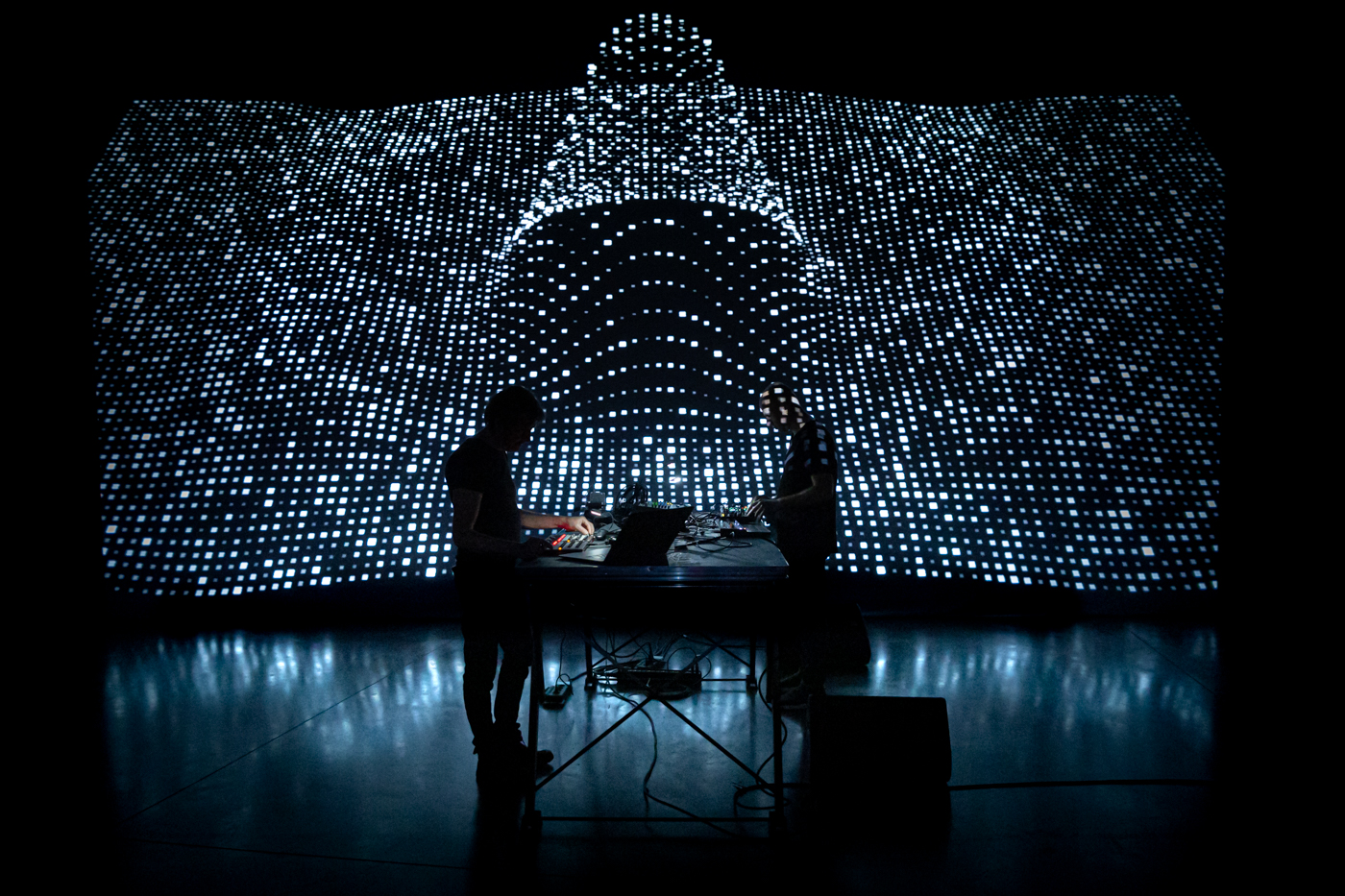 The premier of ATOTAL, the musical performance by Franck Vigroux and Antoine Schmitt, which strikes a tone that undoubtedly resonates with one of Philip K. Dick’s many parallel universes.

Find out more
Book your spot

Roundtable from 11:00am to 1:00pm – free entry, reservation required

In 1962, a group of MIT students developed Spacewar, a computer program that is considered the first-ever video game. The programmers immersed us in galactic setting not unlike Star Wars, marking the start of the enduring relationship between science fiction and video games. Philip K. Dick has had one of the most lasting, significant influences on gaming. The artist Ismaël Joffroy Chandoutis will look back at this influence throughout the history of video games, and then lead a roundtable with Brice Roy (Californium) and Tim Soret (The Last Night), two game designers whose creations owe much to the worlds of Philip K. Dick.
Speakers: Tim Soret, Brice Roy et Ismaël Joffroy Chandoutis

3:00-4:45pm – The transformation of bodies, behaviour and the environment, through the prism of cybernetics and geoengineering

In the mid-twentieth century, cybernetics constructed a new episteme of mechanistic inspiration, which posited that organic and artificial substrata were interchangeable. This gave rise to the idea that the body and the environment could be adapted to the future etched in the cosmos by the science fiction of the era. To truly delve into the world of Blade Runner, we must pinpoint the role these themes—artificial beings, automated behaviour, space colonisation—play in making the two films’ stories so gripping.
Intervenants: Roland Lehoucq, Gwenola Wagon and Donatien Aubert

Three guided tours will be given: You Are Not Invisible, Unnatural Nature, and Forensic Architecture
With: Gilles Alvarez, Donatien Aubert and Ismaël Joffroy Chandoutis

While the anxiety-inducing depiction of the future in Philip K. Dick’s work has proven prophetic in many respects—he has marked the contemporary collective imagination like few other writers—it doesn’t raise questions about technical advances so much as our perception of reality and the powers of the mind.
Speakers: Pacôme Thiellement, Julien Villa, Marc Atallah and Ariel Kyrou – Moderated by Julie Sauret and Christopher

The main exhibition at Biennale Némo is testing the ability of art and technology to reveal that which is invisible, imperceptible, and indescribable to us. Many contemporary artists engage with astrophysical, magnetic, chemical and nuclear phenomena, as well as the societal, economic and sociological. They map out “reality” in new ways by materialising the imperceptible. Astounding new aesthetic forms spring from deep in the invisible, along with a different perception of the world around us.

Find out more
Book your spot

This weekend was planned and organised by Biennale Némo / Le CENTQUATRE-PARIS, and the Arts & Sciences Chair of École polytechnique, l’École des Arts Décoratifs-PSL, and Fondation Daniel et Nina Carasso, based on a proposal by Christopher Robinson, a lecturer at École polytechnique who specialises in science fiction and fantasy in art, literature and cinema. 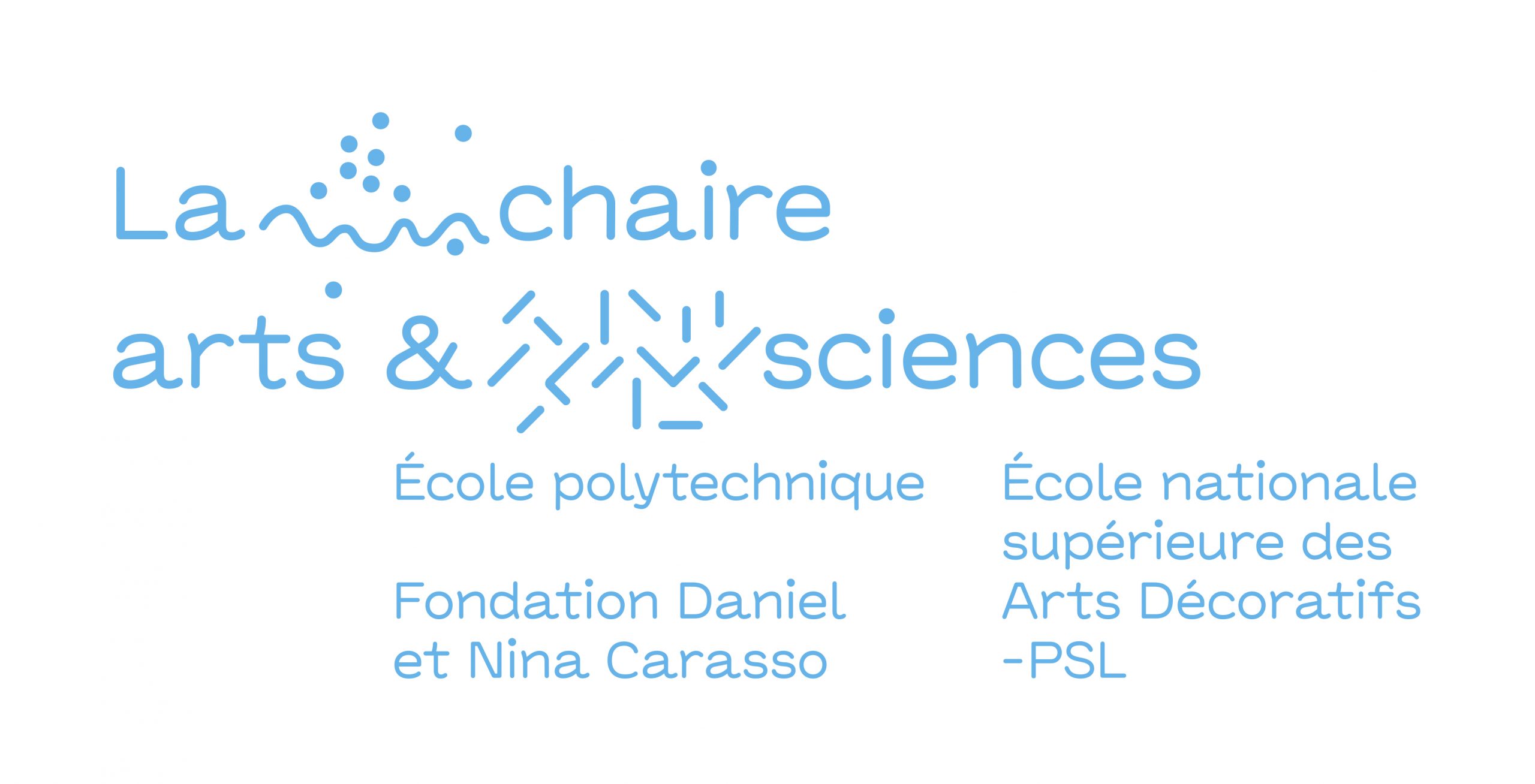